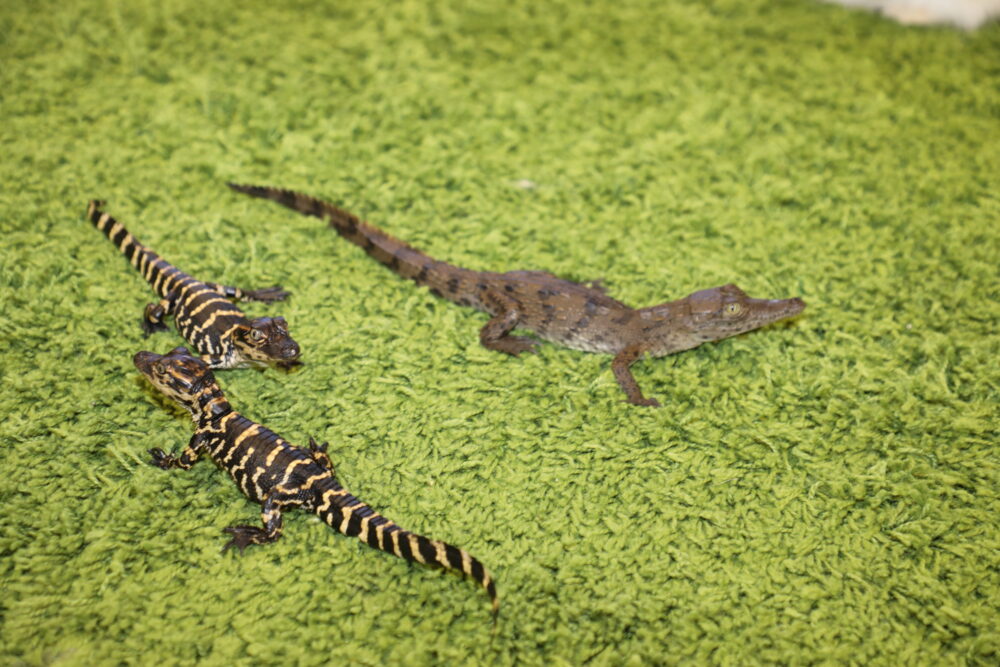 Earlier this year, the Nature Center at Ocean Reef became one of the few places to house baby alligators and crocodiles together in captivity. However, just like with every nest, there comes a time when the babies grow up. In this case, once the trio reached about two feet it was time for them to be returned to the Everglades Outpost. Lucky for us, our Nature Center Naturalist, Jeanette Rivera, anticipated the departure and planned for two more alligators and one crocodile to come to the Nature Center. The new alligator babies are Arlo and Vida, and the crocodile is named Hero.

“Although we live near alligators at The Reef, the American crocodile is our primary resident,” explained Rivera. “The presence of both is an important educational opportunity for the kids who come through the Nature Center to see the differences between a baby crocodile and alligator first hand.” Adding, “I also enjoy observing how the two species coexist in captivity. I’m hoping they’ll become best friends!”

Featured Above: Olaf has already taken a liking to his new crocodilian friends.