In 1850, the U.S. Government enacted the Swamp and Overflowed Lands Act. Primarily aimed at the development of South Florida’s Everglades and swampy areas, the act transferred nearly 200 million Federal acres to the state of Florida. In return, the state of Florida agreed to drain certain high lands and turn it into productive, agricultural use. Surveyors were employed to map areas which included North Key Largo. In 1872, braving crocodiles and mosquitoes, Marcelous Williams surveyed the area where Ocean Reef is now located. His somewhat arbitrary decision to place the survey boundary across the mouth of Dispatch Creek instead of along the waterway itself would eventually play a critical role in our OR development. This line established the presumption that Dispatch Creek was nonnavigable and would therefore limit the future jurisdiction of various permitting agencies that might have stopped or impeded development. His notes on this area which also included Snapper Point gave rise to the later argument that the land was upland (land above mean high water). 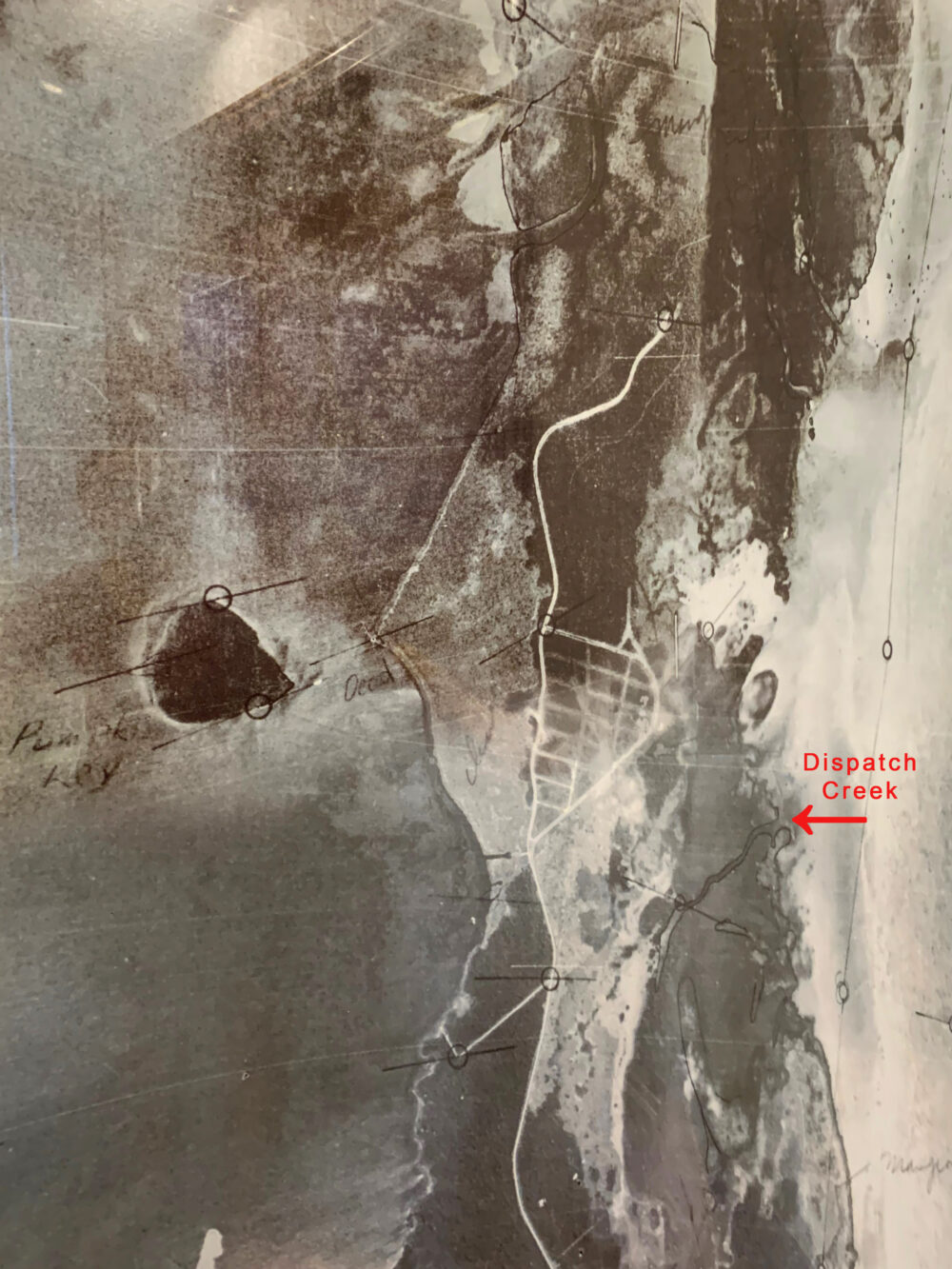 As a result, the state took action and aerial photos as early as 1928 show large tracts of North Key Largo as farmland growing crops such as key limes and pineapples. Pumpkin Key got its name because of the pumpkins grown in the area. The produce was harvested and sailing vessels would moor off the mouth of Dispatch Creek for pick-up from smaller boats. Some say the Virginia Woodrat found its way to the Keys via these little boats. Over time these rats became known as the Key Largo Woodrat and became a protected species causing difficulties for later developers.

In the 1940’s a small camp called Dispatch Creek Fishing Camp was started at the mouth of Dispatch Creek. This small camp of a few cabins and docks was acquired by Morris Baker in 1946. Originally from Minnesota, Mr. Baker’s successful vision of the camp included the addition of an air strip, golf course and cottages. The ‘camp’ grew and Mr. Baker’s dream became reality.

Years later, Seaboard Properties, Inc., a South Florida development company purchased the camp which included 2,000 acres of uplands and marginal land from Mr. Baker. In addition, Seaboard also purchased 90 acres of lowland on the south side of Dispatch Creek from the State of Florida for $326 per acre. The 2,000 acres was to become what we now know as Ocean Reef Club.

More about how Dispatch Creek became navigable, the development of Snapper Point and other milestones of our history coming soon.

Featured Above 1928 aerial view of what would become Ocean Reef, Pumpkin Key and Snapper Creek.