Saturday, April 23, the Club celebrated the unparalleled career of ORC Tennis himself, Jim Morton, as he takes the step into semi-retirement this summer. The celebration was filled with many of his fans sharing anecdotes and toasting the man that helped elevate Ocean Reef tennis to what it is today. There were even a few tears.

For 35 years, Jim has taught Ocean Reef Member families, their guests and Associates to play and love the game of tennis. His passion, commitment and innovative programming helped to create not only a vibrant facility in the Tennis & Games Center, but a boasting tennis culture Reef-wide.

What’s the best way to recognize three and a half decades of commitment, service, laughs, learning, smiles, leadership, the list goes on? Through recounts of his career by a few of Jim’s biggest supporters.
Several themes emerged during these talks, with all agreeing – Jim has created an unbelievably welcoming culture of tennis that he’s also cultivated in his employees, and still goes out on court every day with the same positive energy and vivacious nature as his first day on ORC courts in 1987. The only disagreement was which of Jim’s many contributions, is his most significant. 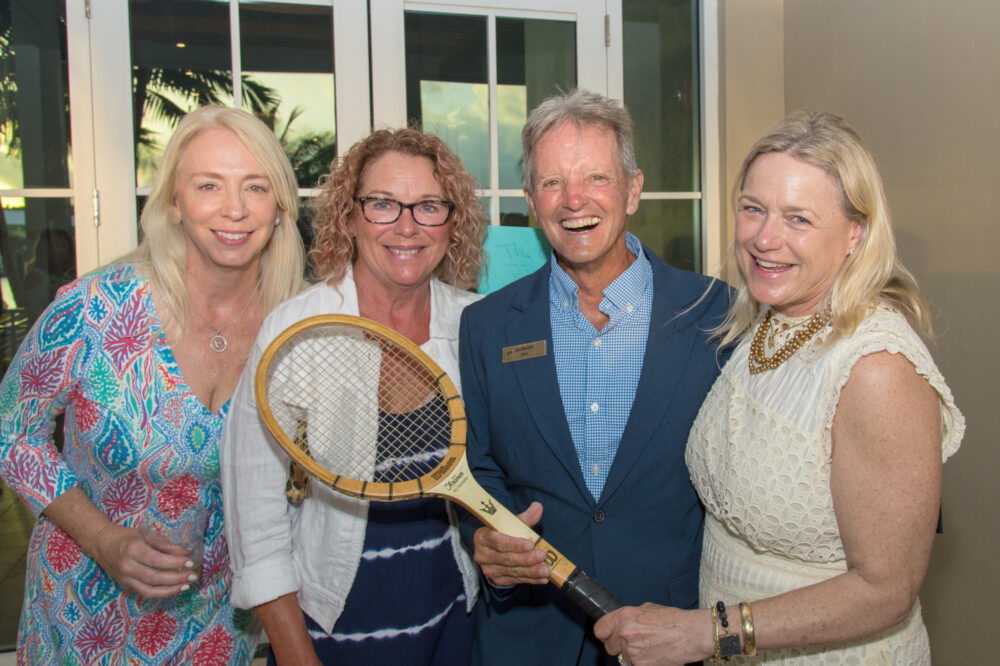 For Kevin Fish, current Ocean Reef Tennis Chairman who spoke at the celebration, Jim’s unparalleled dedication to the Membership stands out most. “Jim has been a staple of Ocean Reef tennis for quite some time, but it’s the atmosphere that he creates around tennis that will live on. His devotion to the Membership is phenomenal as he’s created a center where everyone is friendly and happy, a kind of family place. There’s not a negative vibe for a mile. It’s no surprise that when top pros come down, like for last weekend’s ‘Bring a Pro’ Tournament, they gush with respect for Jim and his program. This praise, coming from his peers, is a huge accolade.”

For Jim’s mentor, Bob Ecuyer, whom Jim worked and eventually took over for as ORC Director of Tennis in 1995, it’s Jim’s ability to connect people through the love of a shared game. “Jim’s genuine enthusiasm is evident in the successful group programs he’s developed. These, I think, are his greatest claim to fame. The group clinics, sometimes with upwards of 30 players, give Members the special opportunity to exercise, while also meeting new friends – that is the ultimate goal of every tennis director. When you introduce new people on court, they become friends, invite more friends down, and eventually, you have new Members. Jim has created this wonderful snowball effect on the tennis court, introducing countless people through a shared interest, which is monumental in my eyes.”

That same friendly and inclusive nature Jim exudes Club wide, is what has grown the Ocean Reef tennis community to be one of the most comprehensive, robust programs in the private club community nationwide. This, for Willie Cakans, who worked under Jim for 2 seasons and next door to him for the past 20 years at the Health & Tennis Club and now the Racquet Club, is Jim’s most considerable contribution. “When I started with Jimmy in 1998, it was pretty much feast or famine when the seasons changed. Now, the Tennis & Games Center has a full staff, even over the summer, and the month of July can be as busy as their month of December. Jim’s responsible for this growth. He’s always learning, going to conventions, staying current. He’s gotten more Members out playing, loving the game, and he’s continued to come up with new programming to keep everyone interested and having fun. Whether in regards to his own program at the Tennis & Games Center or that of the Racquet Club’s, he’s always had the best interest in mind for the tennis community at large.” 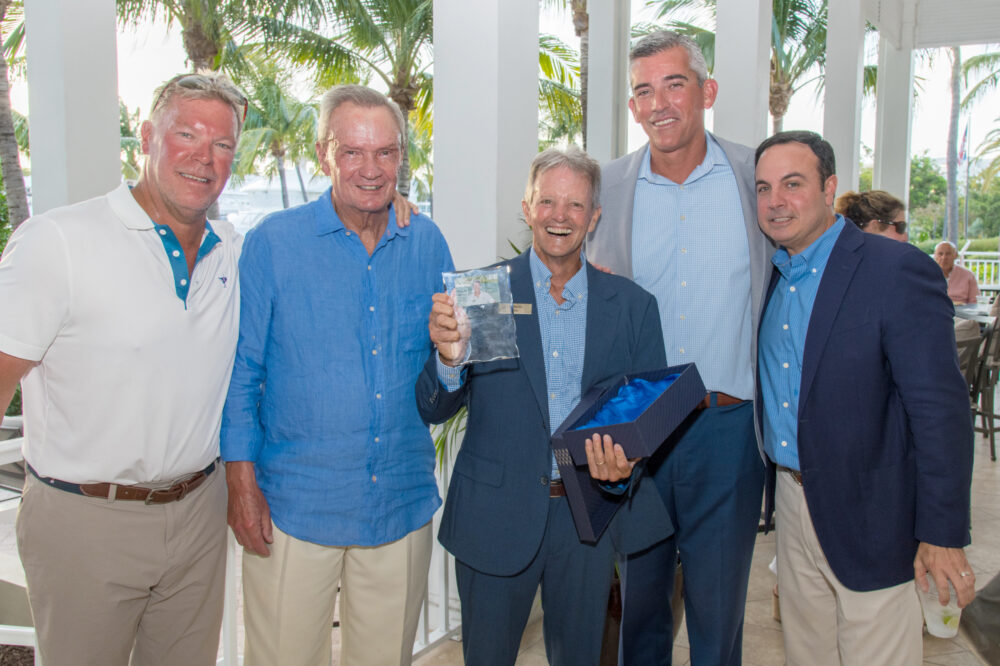 Lastly, Mic O’Keeffe, who joined as the Club’s activities director for the second half of Jim’s career and also spoke at his celebration. For him, it’s Jim’s dedication not only to the Membership, but to the development of his team members. “I’ve witnessed Jim teach both two-year-olds and those into their 90s with unwavering fervor. The constant energy, enthusiasm and professionalism that he brings to the table is unmatched and his desire to instill this in his employees will keep his legacy strong for many years to come. Each season, he acts as a mentor for half a dozen new and returning pros, ingraining in them the same values that he himself has displayed all 35 years+. And all the while, he’s also been very successful at raising two kids at Ocean Reef, along with wife Helena, to have William go on to collegiate tennis and Tiana to be a doctor. Jim is a force to be reckoned with, but we’re grateful he’s fostered these traits in his team over the years. We’ll be left in good hands.”

Jim Morton has truly made himself part of the fabric of Ocean Reef Club and the greater Ocean Reef tennis community. The best news of all is that we don’t have to say goodbye but simply, “See you next season.” Going forward, Jim will take summers off, returning in the fall as a seasonal assistant professional. In his wake is a team boasting years of experience of their own, with Justin Romero, after 10 years under Jim’s leadership, at the helm as the department’s new director.

Thank you, Jim, for 35 years and a lifetime of influence on the tennis community. The Club honors you!