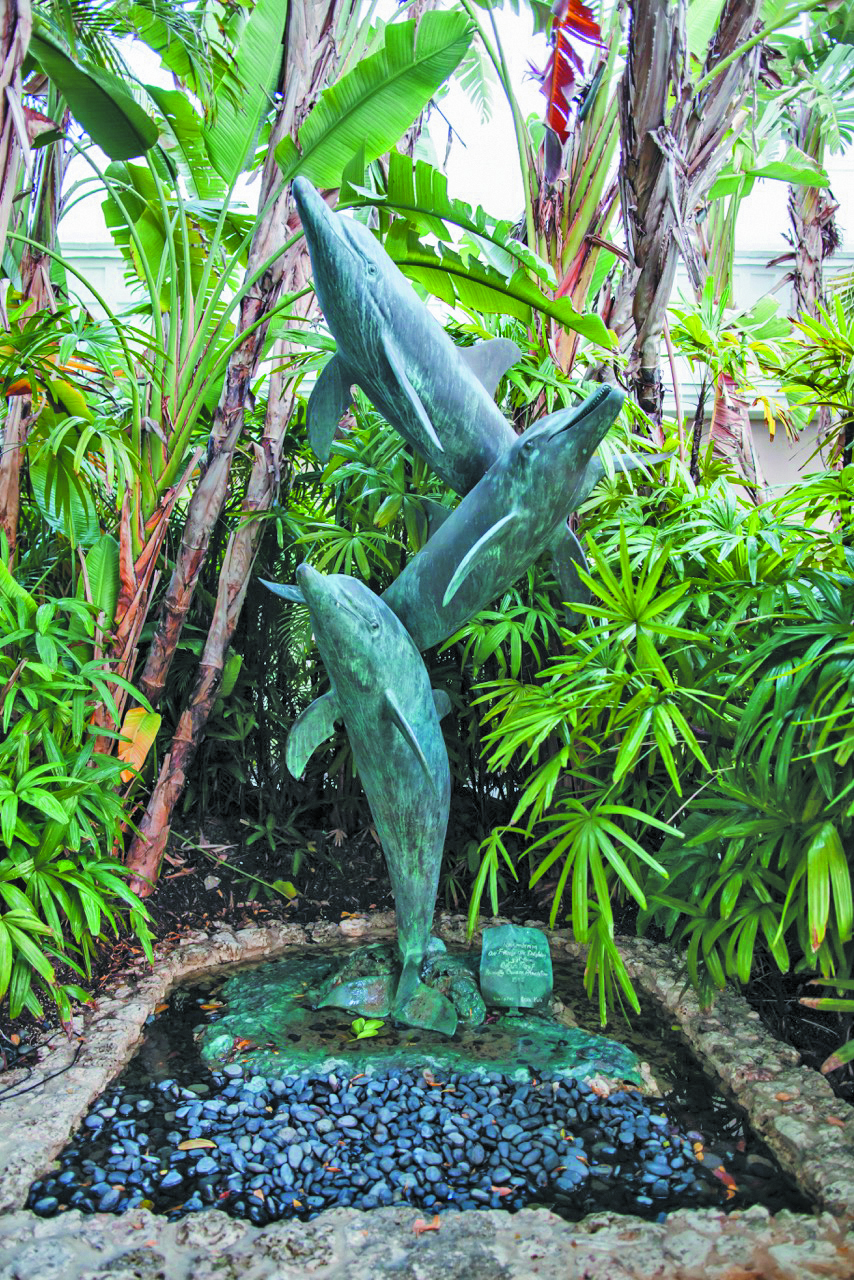 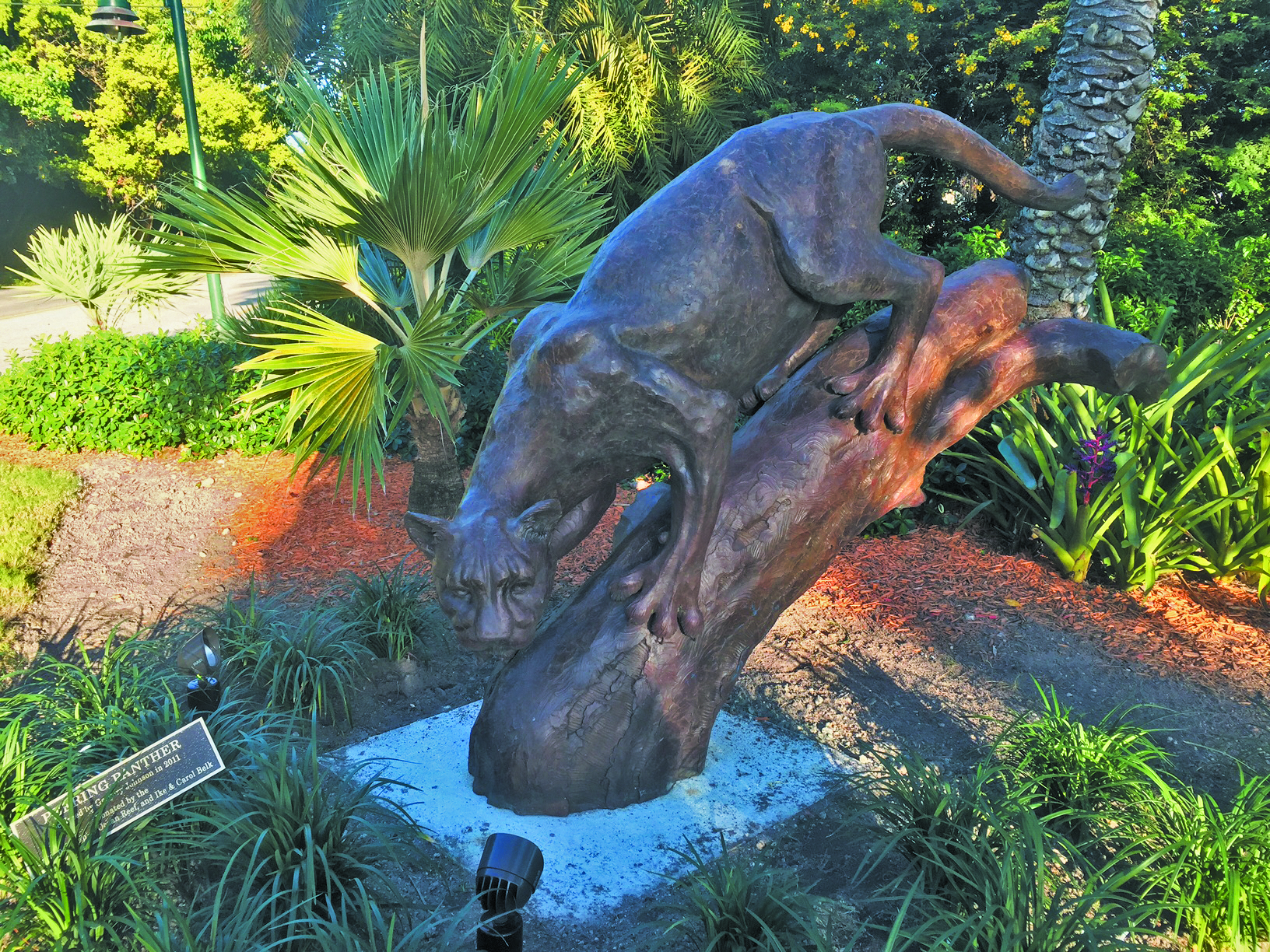 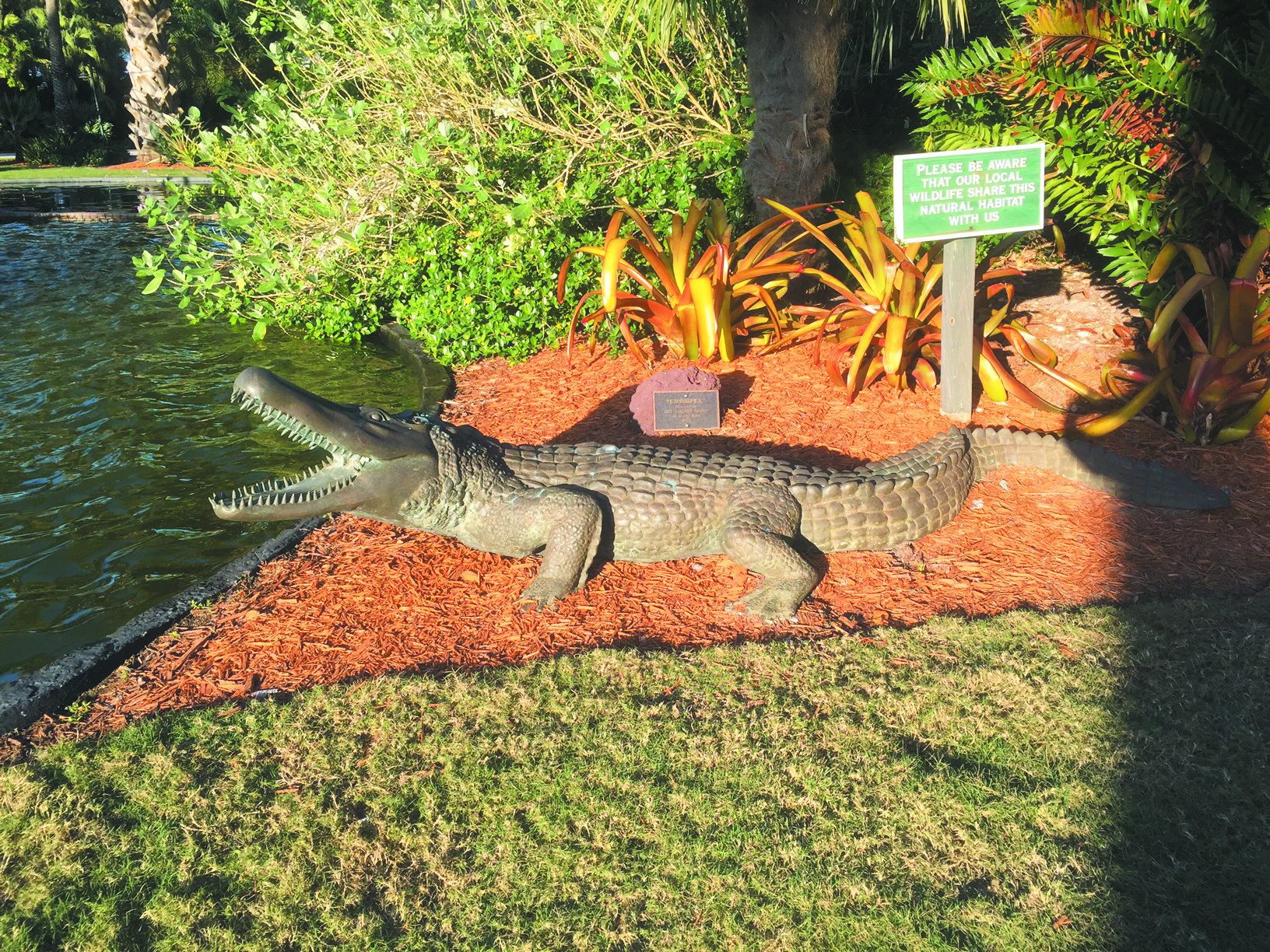 The Florida Keys environment is one of the things that makes Ocean Reef so unique, and for many Members, it is one of the primary reasons they come to the Club. Because life at Ocean Reef is tied so closely with nature, some of the creatures that share this fragile environment with us are memorialized throughout the Club.

Dolphin Statue – Bridge to Buccaneer Island
The dolphin statue, located just beyond the bridge to Buccaneer Island, was donated by the Ocean Reef Property Owners Association in 1995 as a way to acknowledge the dolphins that lived and performed at Ocean Reef more than 50 years ago. Caesar and Angel became the first two dolphins to perform shows in the saltwater inlet below the bridge and did so for 29 years. Cary, Jinx, Molly, Lady, Theresa, Bogie and Bacall would follow before the Marine Mammal Protection Act was passed and the Club chose to cease dolphin shows. The statue’s plaque reads, “Remembering our friends: the dolphins.”

Dolphins are one of the most delightful animals to see in the wild and we’re lucky to have ample opportunity to spot them while out on the waters off Ocean Reef. So while there are no longer scheduled dolphin shows at the Club, there’s a good chance you can witness wild dolphins swimming in the wake of your boat!

The Keeper Statue – Carysfort Hall
Located in front of Carysfort Hall, the statue dubbed “The Keeper” displays a heron with magnificently spread wings. The Keeper, donated by the Garden Group at Ocean Reef in 2016, was named for its duty of “Watching Over Carysfort” – a quote than can be read on its plaque. And while not initially planned this way, it worked out perfectly that the statue was to be a heron as Carysfort Hall stands on the former site of Heron Hall.

There are several different species of heron that can be found in the Keys, but one of the most abundant is the Great White Heron, which is not only the largest North American heron but also unique to South Florida. This majestic bird is white with a yellow bill and legs, and you’ve probably seen a few hanging out by your boat or dock!

Peering Panther & Chomper the Crocodile – Water Garden
The panther was a two-year project commissioned by the Garden Group, former Members Ike and Carol Belk and the Art League, and was completed in February 2012. Originally located near the Front Gate, the “Peering Panther” was moved to the Water Garden in 2016 to join “Chomper” the Crocodile, which was also a project supported by the Garden Group. Both statues sit on either side of the picturesque pond. The Garden Group commissioned the panther statue in hopes that the sculpture would raise awareness of the plight of the Florida panther. And the story behind Chomper? Years ago, there was a persistent crocodile that repeatedly ventured to the Water Garden for a swim. After the crocodile was relocated, Chomper was donated in 2006 in his memory.

The Florida panther, the only remaining puma population in the eastern United States, is recognized as Florida’s state animal, but was declared endangered more than 40 years ago. Panthers prefer large and isolated upland areas so it’s rare you’ll ever see one in the wild, but some do live in the Everglades National Park.

The crocodile, of course, is an animal quite familiar to many. The American crocodile has a shy and reclusive nature and often can be seen laying on land basking – an act that regulates their body temperature – like on the golf courses at Ocean Reef. They’re federally and state protected and captivating creatures to appreciate at a distance. 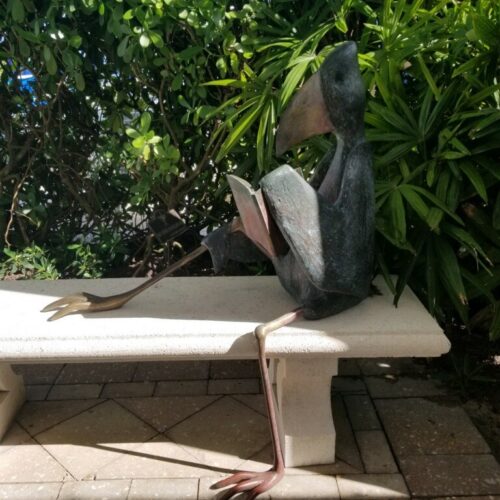 Do you know the story behind the pelican statues at Buccaneer Island?
We’re on the hunt to find out. If you have the scoop, email us at orp@oceanreef.com and we’ll report our findings.