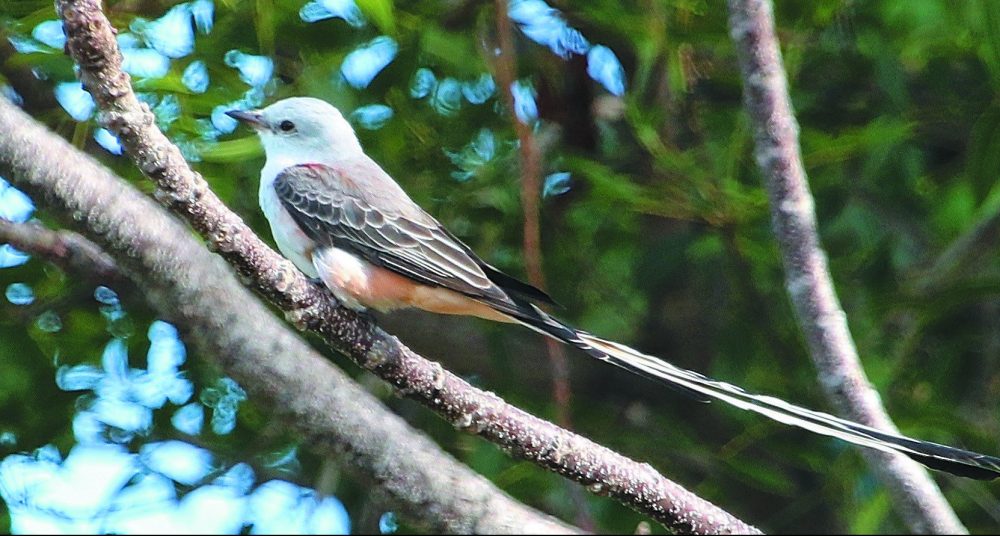 Featured Above: A Scissor-tailed Flycatcher.

Think about how difficult it is to reach out and catch a mosquito or fly in your hand. Now imagine you are flying at the speed of one of our golf carts in pursuit of an airborne mosquito in clear sky on a windy day. A tiny transparent insect that you spotted from yards away. Now imagine grabbing it in mid-air with a tiny pair of tweezers located between your eyes. Not an easy task.

Hawking is a term used to describe the feeding technique of a bird that is flying out from a perch, snatching something from the air, then returning to the same perch or another perch close by. The flycatchers are hawking pros. They can spot insects as small as gnats and mosquitos from yards away. Tiny little things that are virtually invisible to the human eye. The flycatchers are immediately noticeable as they fly out, flutter around erratically in pursuit of their prey then quickly return to their perch to look for the next opportunity.

Flycatchers are represented around the world by more than 400 species of small to medium sized birds with amazing abilities. Some species like the Willow flycatcher and the Alder flycatcher are almost identical in appearance and can only be reliably identified by their calls. Other more easily identified species have distinctive coloration and other featuresthat make identification simpler. Still others like the Cuban Pewee pictured right are found only in very distinct habitats. This little bird, identified by its call and the small white eye ring crescent, is common in Cuba but is rarely found in the states. The one in the photo showed up late in December down at Big Pine Key causing much excitement among the birding community. 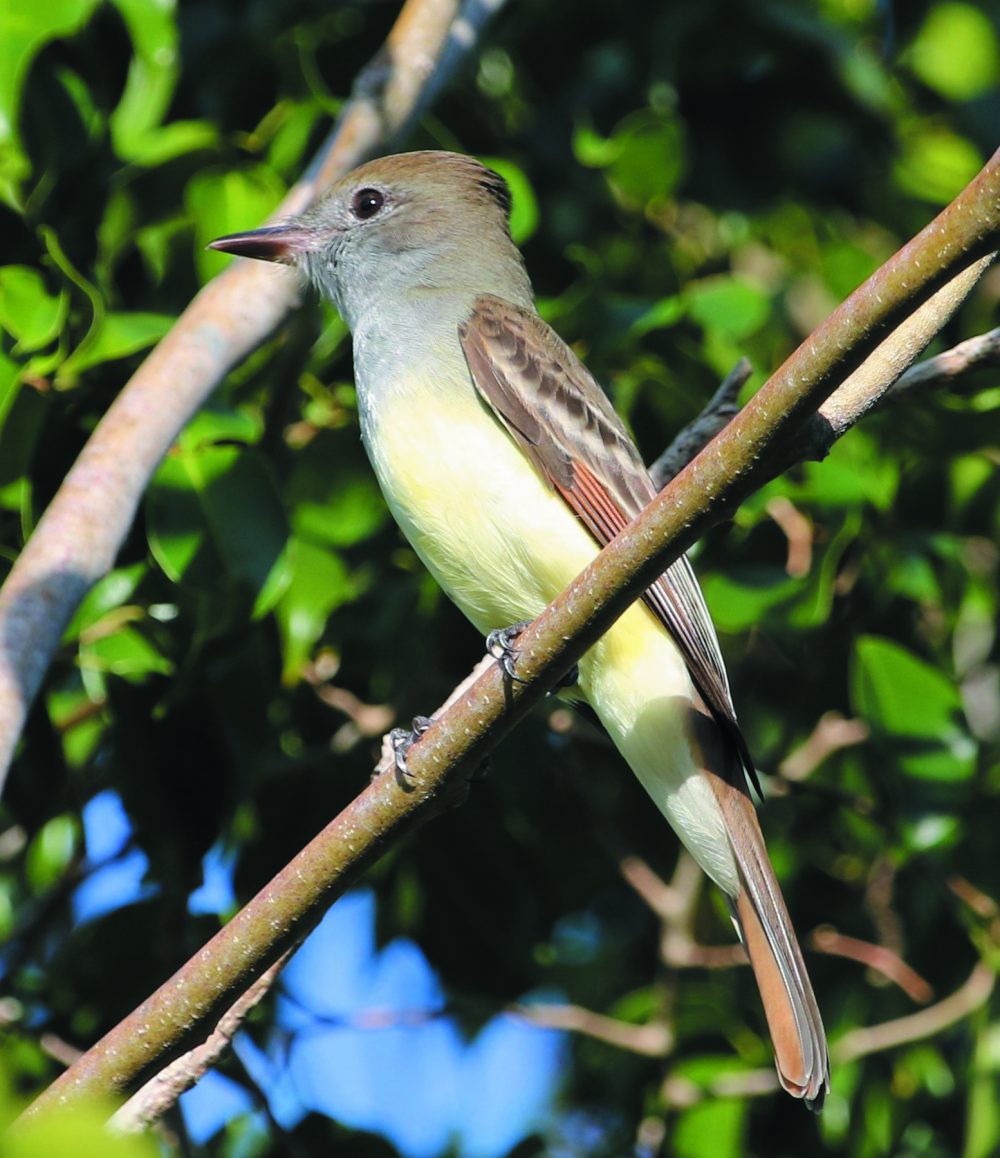 Flycatcher species more often seen or heard here at The Reef include the Great-crested, the Scissor-tailed and the Eastern Phoebe. The Great-crested is the most likely to be heard. Look for them perched on interior tree limbs, less often on utility wires. Listen for its morning call, a clear high-pitched raspy call that once identified you will likely never forget. During the day the Great-crested will more likely make a distinctive “wheeep” call.

The Scissor-tailed Flycatcher, a real beauty, is a bird of the south-central US with a small southern Florida migratory winter population. Besides beautiful, it is one of the most distinctive birds in North America. These long-tailed flycatchers are masters of both fast and slow flight often using their long tails to “sweep” along grass or bushes causing insects to fly up where they are then nabbed in flight by the birds. When they are around The Reef, they are most often sighted on the utility wires along the Dolphin 14th fairway or along the cart road between Harbour House and Greenberg Park. Stop and watch our happy hawkers doing their favorite insect catching acrobatics.