By Jim Morton,
Director of Tennis

For decades, the Tennis & Games Center has been the home of many beloved traditions, like the Member- Guest Tennis Tournament celebrating 49 years this February, and the Harvest Moon Extravaganza, which celebrated 27 years yesterday, October 28. But one tournament in particular has proven that a tradition doesn’t have to be long, for it to be meaningful.

This special tournament is the Member-Associate Tennis Tournament, which on Tuesday, October 26, celebrated its sixth wonderful year of bringing Ocean Reef Members and Associates together to enjoy the sport they love.

A newer tradition, the Member-Associate Tournament has been wholeheartedly embraced by Members and Associates alike over its six years in existence. What began as a way for the Tennis playing Members to show Club Associates how much they are appreciated, has since formed a synergy that fosters camaraderie between both groups of players unique to our Club.

From Banquets and Purchasing, to Tennis Maintenance and Member Fitness Center, Associate Champions have hailed from diverse areas of the Club. This year’s tournament boasted the most departmental representation to date, with Associates from 12 departments competing for the championship.

Tournament participation has continued to grow each year. In all, 34 Members and Associates were paired up competing in four brackets, with the top team from each flight moving on to the semifinals.

Advancing to the finals were the teams of Hofmann and Madzingo by default (Sarquis had to get to work!), and Fish and Gonzalez, who beat Cooper and Benitez 6-4.

All Associate finalists and semifinalists were awarded prizes, while Madzingo and Hofmann’s names were also engraved on the Tennis & Games Center Wall of Champions for years to come. 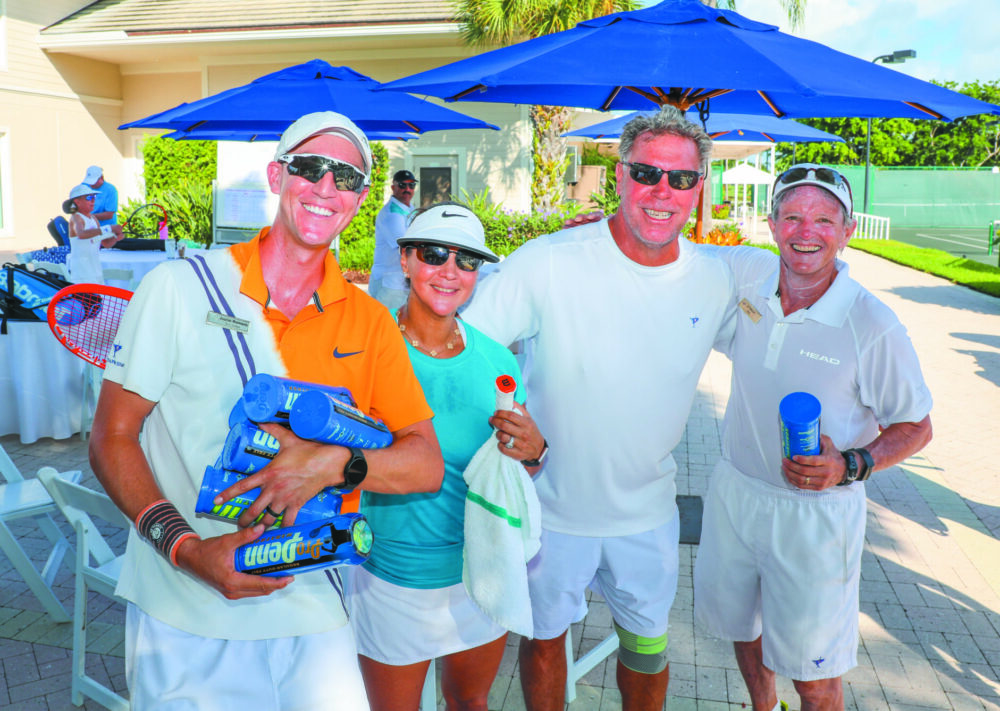 Sandra and Kevin Fish, pictured with Justin Romero and Jim Morton, have competed
in all six years of the Member-Associate Tennis Tournament tradition.

The Tennis & Games Center Team would like to thank all who support this great Member-sponsored event, that has become something our Members and Associates not only look forward to, but train for year after year. We couldn’t be more proud to be a part of this wonderful tradition!