As previously mentioned, when in the 1870’s, the young U.S. Government surveyor, Marcelous Williams, tramped through the croc and mosquito invested area at the mouth of Dispatch Creek, he drew a survey line across the front of the creek. It was this survey line that would play a major role in the future development of the Ocean Reef Club. Essentially, the line designated the waterway as non-navigable, limiting future Federal and State jurisdictions.

Fast forward to the late 1960’s. Harper Sibley, a home builder and developer of Miami’s Jockey Club acquired the ORC property from Seaboard Properties with an aim to expand Morris Baker’s vision of the Club. Along with Morris Burk, a design and planner, a development plan was formed and had four phases. Phase I became the upland area of an extended Dispatch Creek called Harbor Course South, now known as the Hammock area. Phase II was a single-family development area northwest of the airstrip and was connected to Pumpkin Creek by a barge canal. Phase III was the most ambitious: a bridge to Angelfish Key (now known as Sunrise Cay) which planned for 650 multi-family units, a number later reduced to 81 single family lots because of demand.

Phase IV, the development of Snapper Point, was controversial from the beginning. Based on the Marcelous Williams 1870 survey, Snapper Point was marginally above mean high water by an inch or two. The original conveyances of Ocean Reef lands from the State were according to the U.S. 1850 Swamp Act and subsequent court decisions held that the State was authorized, prior to 1913, to convey only lands above mean high water. Snapper Point land was questionable because it was frequently under water.

Without waiting for the courts to decide, Morris Burk decided to utilize fill taken from the Phase I and III diggings and deposit it on Snapper Point. Of course this mountain of fill was strongly objectionable to the residents of Sunset Cay Road who had previously enjoyed wonderful unobstructed views of sunsets. Under the leadership of Clarence Gifford, a Sunset Cay resident with considerable political influence, the Club was sued. In an effort to stop the stock piling and with the urging of Gifford, Florida State enforcement officials landed at our strip in a twin engine plane. The officials, six fully uniformed and armed policemen, may have resembled the Keystone Kops when they gave Burk a Cease and Desist order. Burk calmly accepted it, agreed to cooperate, and as soon as the cops left resumed filling Snapper Point. A decision that would later prove to be very important to the future financial viability of the Club. 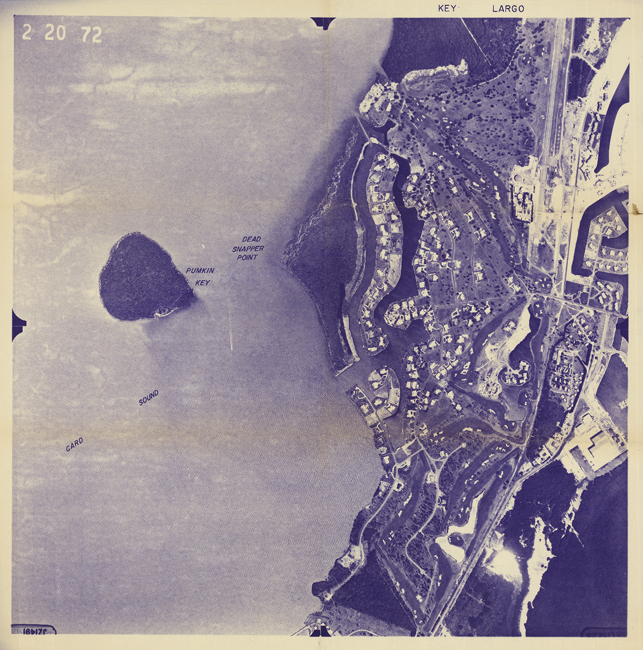 The controversy came before the governor and officials in Tallahassee. Fortunately, aerial photos dating back to 1928 and, of course, the Marcelous William’s survey line was sufficient evidence to make a legal decision that Snapper Point was above mean high water and the State had no jurisdiction over the filling. The decision was appealed and a settlement was reached that the Snapper Point shoreline had to be rip-rapped and a vegetation buffer around the lots maintained. In addition, small rock islands in the basin were to be created for habitat. But the end result was the Club had very valuable building lots to sell and the demand was high.

The Club was on the road to success, but as you will learn, the road was full of financial pitfalls.

Featured above Aerial of Snapper Point taken in 1972.