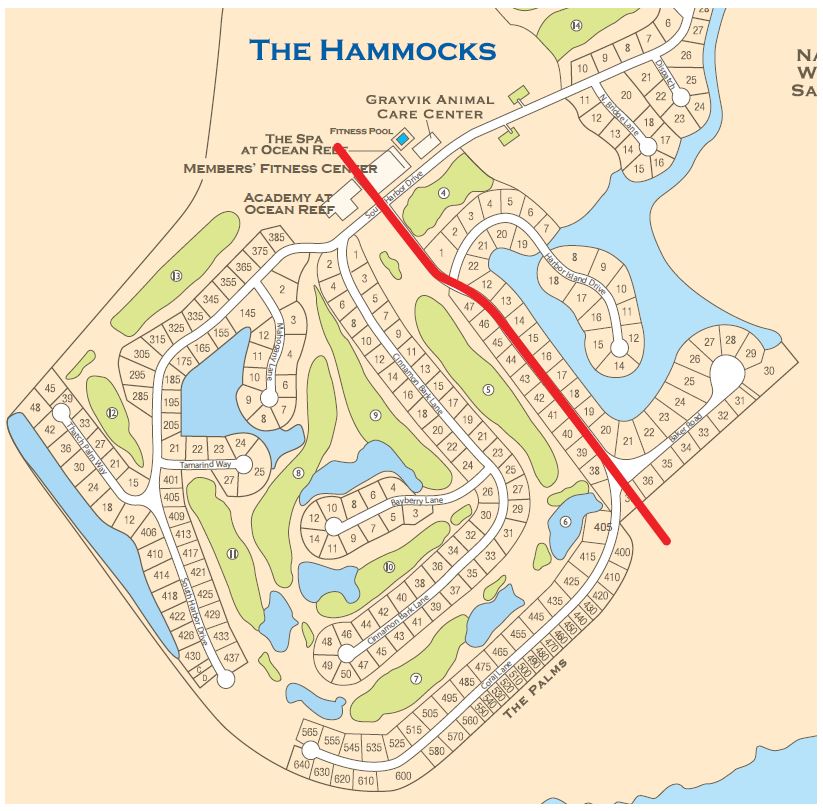 In the early ’70’s the Club felt a second golf course was a must. The Dolphin Course was frequently crowded and prime tee times in the mornings were difficult to get. As a second course was well under construction on land near the airport and named the Barracuda Course, a small group of members hoping to have their own private golf course asked the Club if they could purchase the Dolphin Course and make it private. They offered $2,000,000 with the proviso that Ocean Reef build a club house for $150,000. While this offer was entertained by the Club, residents who owned houses bordering Dolphin objected because they didn’t want their course sold to a private group. That idea was dropped.

The same group began to discuss the purchase of the Barracuda Course which was nearing completion. However, the Club, while sympathetic to the new group desires, declined the offer because they thought the Club needed thirty-six holes based on their plans of future growth and development.

This same group of members then began to think of acquiring property adjacent to the then southern boundary of Ocean Reef, for the purpose of constructing a private golf club, with some contingent lots which would be available for development and sale to prospective members and provide financial support for the project. As previously mentioned, the 1200 adjacent acres of land purchased by John Driscoll back in 1964 became the logical source for the property needed.

Intense negotiations between the Club, Driscoll, and the group, who had acquired the moniker “The Fearless Five”, ensued and a complicated deal was conceptualized with the following provisions:

• The establishment of Harbor Course Development Corporation by the Fearless Five with the necessary financing to construct the new course (to be called Harbor Course) and also to develop 110 residential lots.

• Camstaff Construction Company (owned by ORC) would construct the new course for $1,500,000.

• Camstaff Construction would also develop the residential lots for $8,000 per lot.

Effectively, upon completion of the Harbor Course construction, deeds would be swapped, the Fearless Five’s guarantee would be erased by the sale of the lots which was thought would happen within several years.

In November of 1973, the concept was presented at a meeting of over 200 Ocean Reef members. Wayne Hood spoke for the Card Sound group, Bill Terry for ORIA (Ocean Reef Improvement Association, now ORCA) and Harper Sibley for the Club. After Mr. Silbey made his presentation and many questions were answered, he asked for a show of hands from those in favor. Ninety percent of the attending members were in favor so the project went forward. Both Sibley and the Fearless group trusted each other and a handshake sealed the deal.

The Harbor Course (now named Hammock Course) was built, the Barracuda Course (now the Card Sound Club course) was completed, the swap was made, all according to the plan. But wait. Not everybody was happy. The debt the Club incurred to finance the course construction was spread over several institutions and included West Port Corp., Pittsburgh Plate and Glass and Amerifirst Federal, among others. When the project was completed in 1977 and the loan was to be assumed by the Club thus forgiving the Fearless Five, not all the original lending institutions would sign off. Their reasons included the permit restrictions. Some thought that golf might be declining in popularity and the inability to use the land for other purposes was a big problem. In addition, the Club had taken on additional debt during the course construction for other capital items on the plan.

This hesitancy on the part of the lenders caused some tension between the Card Sound Club, numbering well over 150 members, and Ocean Reef. Some felt that ORC should force an agreement with the lenders and/or possibly an ulterior motive existed. Legal suits were threatened. A large number of additional complexities were also introduced creating reams of legal prose the size of which seemed unsurmountable. But, realizing they were all members of the same Club, cooler heads prevailed and everybody worked together to get the Fearless Five off the hook.

Featured above Development plan from 1971.