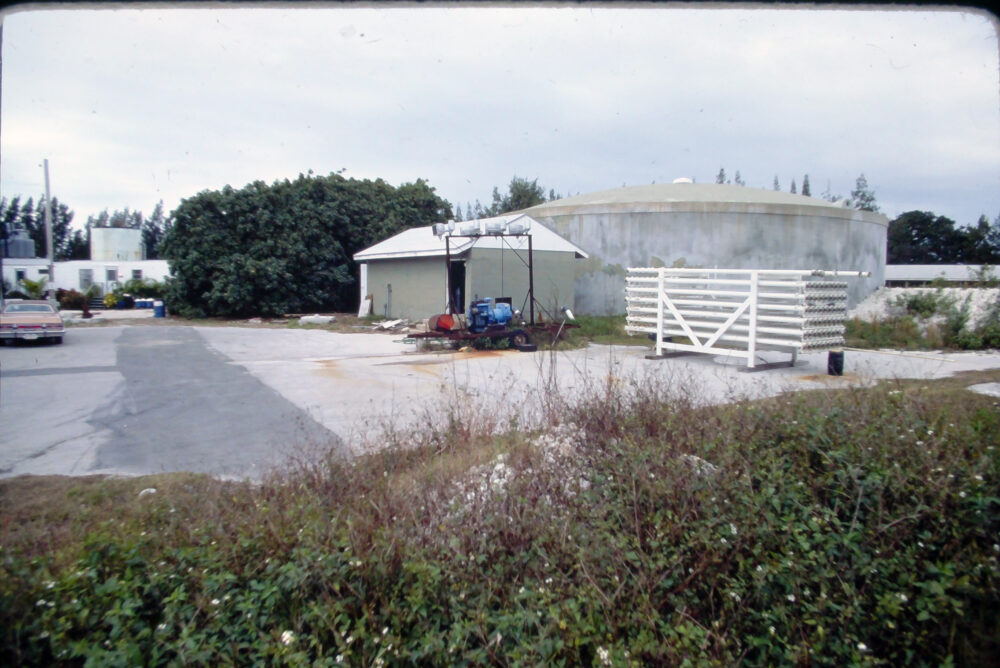 Back in 1980 a lot of things were happening at the Ocean Reef Club. Russ Post became President and at the same time an agreement was struck in which Carl Lindner through American Financial Company would acquire the Club. Prior to this, the Club had constructed a reverse osmosis water production facility and a state of the art sewage treatment plant near the airport.

One bright sunny day, representatives from the Environmental Protection Agency came to the front gate asking for access to the sewage treatment and osmosis plants. Accompanying the EPA agents was an ex-employee who used to work at the Club and helped construct the two plants. Knowing exactly where to go they dug into the earth near the sewage treatment plant and found a valve that when opened dumped untreated sewage into the brine line of the R-O plant (the brine line was used to pipe the high salinity water that was a by-product of osmosis back into the ocean).

The EPA had been created in the early 1970’s and possibly needed a big case and they believed the valve was illegal and they brought a 346 count indictment against both the Club and Russ Post. When the news became public, the Miami Herald headlined the story on the front page. Meantime, Carl Lindner and American Financial promised full support to defend the case with the best criminal attorneys available.

The arraignment was held in a Miami Federal court and on the appointed day, the judge had only two cases. The first case involved drug charges against 12 men who were caught unloading marijuana from a truck. The twelve men were manacled and after pleading guilty were asked to sit in the empty jury box while the judge heard the Ocean Reef/EPA case. The judge, an elderly man, had to stop midway through reading the counts needing a pitcher of water. After he finished he said that 346 was the most counts ever brought against a plaintiff in U.S court history. The men in the jury box rattled their chains with new respect for Russ Post who they assumed was really a bad guy. The judge said that for each count, should Mr. Post be found guilty, amounted to a $10,000 fine and one year in prison to which Mr. Post blankly responded, “well, at least you didn’t mention a life sentence.” The judge smiled and the jury box erupted. Mr. Post pleaded not guilty on all counts.

After the plea, the judge imposed bail at $100,000 with restricted travel for Mr. Post. But, as Mr. Post had planned a YPO trip to Paris in several weeks, the attorney asked for permission. The judge wanted details and when Mr. Post mentioned he was staying at the Maurice Hotel in Paris, the judge’s favorite, permission was granted.

Several years went by as the case progressed. The EPA realizing their case was weak offered to settle by reducing the charge against Post to two misdemeanors and no reduction for the Club. Mr. Post refused saying he was not guilty of anything and was willing to face a jury. Then the EPA further reduced the charge against Post and the Club to two minor counts of negligence and the case was over. The suspect valve had long been removed.