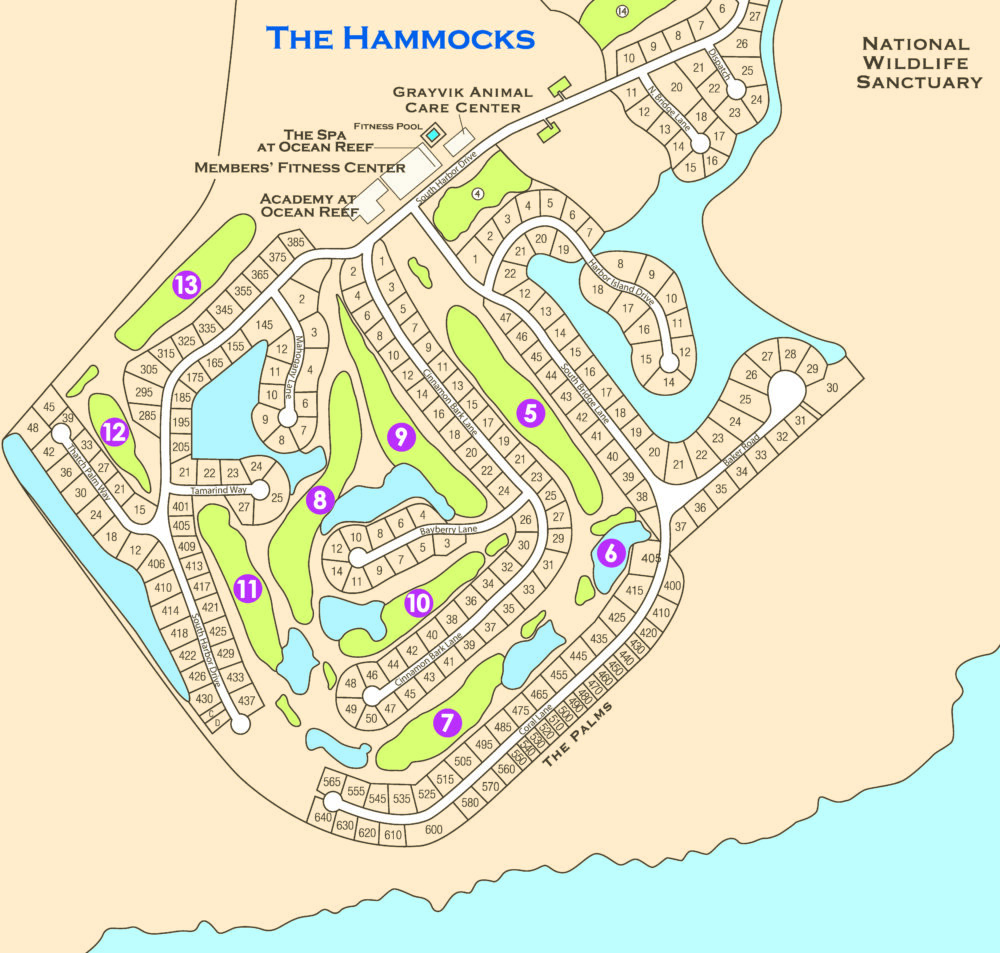 The portion of the Course that was deeded to the Club in the late 1990’s.

We previously talked about the Harbor Club and the agreement between the Club and Driscoll Properties. One provision of that agreement was that there would only be one Harbor Course pro shop and the Club had just constructed a new clubhouse which would house a pro shop for both the Harbor and Dolphin courses. Driscoll wanted the pro shop in the harbor Club building because it would draw more attention to the Harbor course area thus improving lot sales.

Brad Dressler, representing Driscoll, wrote a letter to the Club outlining the essence of the problem. At that time (late 1990’s), the average price for a Harbor Course lot was $100,000 and Driscoll was concerned that as the price of ORC memberships escalated, lot sales would grind to a halt because of the high acquisition cost. As usual, cooler heads did prevail and a complicated agreement was struck as both sides tried to do what was best for the future of Ocean Reef Club. Bob Morgan who was Club Chairman at the time worked with Mr. Dressler and others and came up with anagreement with the following key provisions:

2. Driscoll also deeded over approximately 11 acres where the Fitness Center, Academy and ORCAT are now which also included land behind the Fitness Center parking lot (at one time a driving range, but no longer).

3. For each of the housing lots (over 100), the Club granted to Driscoll “membership rights” which would be sold to future lot buyers for $30,000. If, in the future, the memberships appreciated more than $30,000, that amount would be split 80% to Driscoll and 20% to the Club. A single lot buyer would pay the going membership rate unaware that the money might be split.

4. If a buyer purchased the lot, but did not want the membership, Driscoll would receive nothing additional.

5. If an individual or business bought ten or more lots, then the buyer would be deemed a ‘sub-developer’ and the ‘membership rights’ would then accrue to the buyer.

At the time, Driscoll wanted to exit their Ocean Reef involvement and this last provision excited builders and developers. Harbor Course lots sold rapidly, however, chances are if you see an empty lot on Cinnamon Bark or Coral Lane, odds are it still has a ‘membership right’ attached to it.

Another example of Members working together for the best interests of our Club and how our community evolved into one of the most desirable places to live in the world.